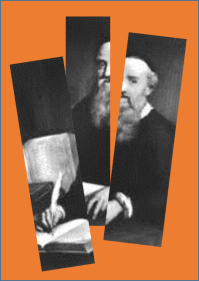 Don’t you sometimes miss the good old schisms of yore?

Most Mennonites are deeply embarrassed by our history of coming apart at the seams. We generally don’t like to talk about it and, when we do, we treat it as a regrettable vestige of past foolishness.

But, phooey on that.

I say it is time we began to celebrate all that falling to pieces that we Mennonites are so good at.

Sure, it was fun linking arms in the 1980s and breaking out in 4-part harmonic renditions of Unity.  It was inspirational. It was aspirational. But it was the 1980s. It’s time to move on.

And I gotta say, unity’s a whole lot less funny than schismatizing. Yes, I know all those break-ups were painful at the time with family member turning against family member and neighbours getting all judgy. But with the benefit of time, they look kinda silly. Or, if not downright silly, at least quaint.

Today I present a list of a few of my favorite schisms. There are so many schisms in our history and many of them are worthy of their very own blog posts (and cocktails). Stay tuned — that might happen. For now, I’ve included the schisms that have either touched me and my ancestors personally or I just find particularly amusing. I’m sure there are others that warrant mention. Feel free to add some in the comments.

The cannier of my readers will note that the earliest schisms mentioned were actually Anabaptist not Mennonite schisms. Fine. Consider it a Top Eight List if you’re gonna be like that.

Cause for a Church Split

There are a couple of recipes out there for cocktails called “Cause for Divorce.” This isn’t all that much like any of them but it does hold onto some of the bitterness of a split while adding just enough sweet to make it all palatable. If you want to savour the bitter more, increase the Campari. 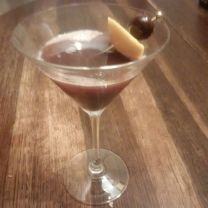 Pour all ingredients into a cocktail shaker half-full of ice. Shake vigorously 15-20 times and strain into a cocktail glass. Garnish with orange peel and a maraschino cherry. Or whatever you think will annoy your opponents the most.

4 thoughts on “In Praise of Older Schisms”