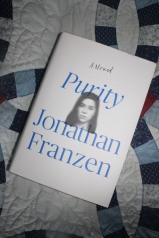 Franzen is a common Mennonite name. Not as common as Epp or Klassen, perhaps, but it’s still pretty common. A couple famous Franzens among Mennonites include Henry Franzen, who wrote for the Mennonite Encyclopedia and Nicholas Fransen, who pastored a Church in Vineland for awhile.

Famous people in my circles, anyway.

There are also a number of Franzens that are friends of my family. One of them offered me a bed once when I was traveling through rural Alberta. They’re nice people. Definitely Mennonite and definitely not Jonathan Franzen.

For quite a while, I refused to believe that Jonathan Franzen was not a Mennonite. I knew he wasn’t an acknowledged Mennonite.  I totally understood that. Just like he didn’t want to limit his audience by being known as an Oprah’s Book Club pick, he wouldn’t want to be known as a Mennonite writer. It could ghettoize. That sort of thing might fly up here in Canada but in the US, they like their Great American Writers to be devoid of religious and ethnic abnormalities.

I was also perfectly willing to accept that Jonathan Franzen might not be a practicing, baptized, member of an MCUSA or Mennonite Brethren congregation kind of Mennonite. I thought he might be Mennonite like Smucker’s jam is Mennonite. or Oberholts whiskey. A long, long time ago kind of Mennonite.

It wasn’t just his last name that made me think Jonathan Franzen was Mennonite. It was mostly that, but he also included a brief reference to Mennonites in The Corrections, the first book of his I read, and who does that except as a wink to the people who would already have recognized you from the name?

Because despite all this compelling evidence, I now know that Jonathan Franzen is not and never has been Mennonite. I know this not only because I have finally read both his and the name Franzen’s wikipedia pages (both of which could easily have been faked) but also because I have read his latest novel. And I am convinced that it is not a Mennonite novel.

At first glance, it could be Mennonite. The title, Purity, totally led me on. I know that a lot of our schisms have actually been over issues distinct from an effort to purify the Church but Menno Simons was a bit obsessed with purity and it’s a theme that runs through our history. The book also has a reference to zwiebach on page 328 and quotes a German proverb that my parents used to toss out whenever possible on page 481. Yup, he had me going.

But it’s not a Mennonite novel.

Now, I am no scholar of Mennonite literature and don’t for a minute imagine that I can definitively enumerate the essential elements of Mennolit. I also understand completely that the Mennonite panoply is broad enough to cover a lot, from gay zombies to bonnet romances and everything in between. Except. Not Jonathan Franzen.

For one thing, Franzen doesn’t approach purity like a Mennonite. The book follows a number of characters who strive to rid themselves of various forms of contamination — the contamination of money, of the compromising jobs one might take to overcome debt, of a conscience guilty from old unrepented crimes, of being a part of the patriarchal systems of oppression. Mennonites might follow this impulse, like anyone else. We might renounce some dirty inherited wealth, and we might move out to the middle of no place. But we’d find a community of like-minded folks to take us in, validate our renunciation, and invite us to their potlucks.

There was not a single potluck in this book.

Second, Franzen’s misogyny isn’t the same as Mennonite misogyny. Franzen’s been justly lambasted for his unsympathetic treatment of women, especially mothers. The mothers in Franzen’s novels are twisted, selfish and/or manipulative. Mennonites have mother issues, too, but we tend to simultaneously elevate and erase ours. It’s a misogyny that rests on a willingness to ignore any unpleasantness. Also, our misogyny tends to have a lot more paternalism in it than Franzen’s. For all that the women but one or two in Franzen’s Purity were troubled and nasty, they were mostly free from well meaning men intent on medicating, praying or advocating their troubles away.

We’d be praying and patting these women on their hands.

At the heart of the novel is a tension between purifying oneself by renunciation and accepting a certain amount of contamination in an effort to make the world a better place. The two male protagonists both profess to be improving the world — one with a sham of purity while holding onto the secret of his impurity, and the other accepting but uneasy about his own impurity. He is one of the more sympathetic characters in the novel.

These are in contrast to the women in their lives who embrace renunciation. Both, by design or coincidence, have Ana-names — Anabel and Annagret. I expect that this is not a hidden reference to Anabaptism. If anything, it is a coy reference to St. Anne of Immaculate Conception fame. Which isn’t very Mennonite at all.

The tension between the striving for purity and its impossibility is resolved in a way by our intrepid protagonist, Pip, who finds the whole idea of purity embarrassing. Seemingly a representative of all that is hopeful in her millenial generation, she is a pragmatist above all else, desperately seeking out her birth father not out of any desire for connection to her genetic past but rather in the hopes that he will save her from her student loan-induced financial ruin. Her quest leads her to Bolivia and then betrayal but she emerges vindicated and gets her financial house in order while also finding something not quite like pure love but perhaps good enough. At the end of the novel, we are left with the sense that Pip, her boyfriend, and their dog are the closest we can get to hope and salvation.

We Mennonites have somewhat higher hopes for the next generation.

Were Pip a Mennonite millenial, she would have sought out her father for nobler reasons.  We feel for those who want to know their heritage. Many of us are pretty big into geneology and many of us can trace our ancestors back to whatever whiskey or brandy distillers grace our family trees, but that’s about self knowledge not money. For the very good reason that we all also know that if you start rustling around in the family tree too much, you’re more likely to stir up a hornet’s nest than a pile of gold.

A Mennonite Pip might also have gone off to a South American country for a couple of months. Some kind of mission trip, I assume. She would not, however, have came back with diminished idealism. If we can count on anything, it should be that the young will want to change the world, and stay pure in the process. She may have experienced some culture shock upon returning – a sense of horror at our consumerist ways, probably – and she’d rail against the hypocrisy of her elders. We expect nothing less.

Oh, and if she hadn’t met that fellow in Bible College before her trip away, she wouldn’t be meeting up with him again after.

But she’s not. Because it’s not a Mennonite novel. There are lots of those.

This just isn’t one of them. 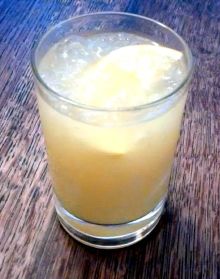