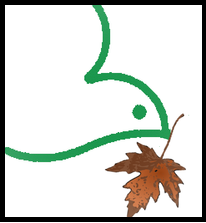 I wrote this post last year for Canada Day. I’ve tinkered with the cocktail a bit but have otherwise mostly left it as it was.

I am a Mennonite who lives in Canada. Or perhaps I’m a Canadian who is Mennonite.  Sometimes our cultural stereotypes get blurred and it’s hard to tell whether I’m being stereotypically Canadian or stereotypically Mennonite.  There are differences, to be sure. Mennonites aren’t known to compulsively apologize to the same degree as Canadians. Spontaneous hymn singing is not a cultural trait known to typify Canadian lifestyles.  But there are also a certain number of important similarities. Let’s count them down.

10. An Association with the Wilderness. Even though most Canadians now live in cities, we have strong emotional connections to the lakes and trees  to the north of our urban centres, and like to camp, canoe and drink beer in the bush in an effort to commune with nature. Mennonites also mostly live in cities now but have a strong connection with rural areas, and like to go to Church Camps amidst the lakes and trees. We also really like the story of Jesus going into the wilderness. Not as much as the Sermon on the Mount. But still.

9. A Tendency to Valorize Suffering. Canadians are pretty proud of suffering through our long, cold winters. This both unites and divides the country as we routinely scoff at our fellow Canadians whose winter is milder than our own, even if only for a week. Mennonites are proud of our ancestors’ suffering the persecution as 16th-century Anabaptist radicals. And we really like the story of Dirk Willems saving his enemy while running across a frozen river. Suffering and winterscapes. We love them both.

7, An Ability to Excel at Competitions No One Else Cares About. Canadians love curling, lacrosse, and hockey, sports that have fairly small followings by global standards. Mennonites excel at Bible quizzing and Dutch Blitz tournaments.

6. Frugality.  Because the Canadian banks didn’t collapse during the global financial crisis of 2007/08, we Canadians are proud to think of ourselves as fiscally responsible and tend to look down our noses at large displays of conspicuous consumption. Mennonites look down our noses at all displays of conspicuous consumption (except for those sanctioned within the confines of a Mennonite Relief Sale).

5. The Myth of Racial Harmony. Canadians like to shake our collective head in horror at racial violence in the U.S., get misty-eyed over our role as a place of sanctuary at the end of the Underground Railroad and basically ignore all the evidence indicating that we, too, have race disparities. Like Canadians, Mennonites have no recognized race problems.

4. No Real Culture of Our Own. Canadians have had an identity crisis since the first younger sibling of a father of confederation asked what the fuck it actually meant to be Canadian, anyway. With a history of taking over native land, we’re a little bit British, a little bit French, a little bit American, a little bit whatever nation we each came from. Any uniqueness as a culture is pretty much just identity by assertion. Mennonites have also colonized land and appropriated little bits of the cultures of our surroundings. Some of us claim a unique Mennonite culture; others like to think that multi-culturalism is a key defining aspect of what it is to be Mennonite.

3. Selective Historical Memory.  Canadians, as Thomas King has very eloquently shown, like to think that indigenous peoples were here at the beginning of our history and then disappeared until the present. Mennonites like to think that our history started with Anabaptists in the sixteenth century who then disappeared until we just found them again in the present.

2. Always Threatening to Break Apart. Canadians know that unity is always fragile, a good number of us not at all convinced that it is worth the effort. Mennonites, too, find unity to be fragile and think schism a perfectly reasonable response to difference.

1. A Generalized lack of Enthusiasm.  Canadians shrug a lot, and are known to express their well-being with the ubiquitous “not bad” or “pas mal.” Survey researchers know that Canadians will never “strongly” agree or disagree with anything. Mennonites have a verbal shrug in the plautdietsch “Na, yo” to add to the physical gesture. While we might summon the enthusiasm to pick up our Bibles and start a new Church while eating watermelon and roll kuchen, we’ll be doing that in a sense of resignation, recognizing it as maybe not a bad idea if it doesn’t cost too much or threaten the time we need to play Dutch Blitz.

Since introducing this last year as the Sour Canadian, I have played around with it a bit more and it’s become something of a go-to cocktail for me. The addition of triple sec smooths the flavours and the rhubarb bitters just complicates it a bit. Here’s what I said about it last year:

I’ve made a particularly Canadian cocktail for this week. Or perhaps it’s a particularly Mennonite one. It’s got Canadian rye whiskey, maple simple syrup and cranberries. All of these are native to Canada. But rye whiskey has Mennonite connections as well and I think cranberries ought to be seen as Mennonite since they serve double duty by offering medicinal benefits as well as gustatory ones (and Mennos love efficiency). They’re also fairly cheap.

Combine ingredients in a cocktail shaker with ice. Shake vigorously and strain into a glass. Garnish with cranberries or whatever you like.

This is a nice drink for Canada Day but July 1st isn’t a particularly important day in the history of Mennonites. I say, don’t worry about it: you can drink this cocktail again in January when we celebrate Menno Simons’ birthday or the first martyrdoms.  It’s kinda an all-season libation.